Last week, KPMG (one of the big four accounting and audit firms) agreed to pay $420,000 to 60 qualified Asian applicants who were allegedly not hired due to their race/ethnicity. The firm entered a conciliation agreement with the DOL/Office of Federal Contract Compliance Programs (OFCCP) after applicant and hiring data was found to have had a disparate impact on the hiring of Asians for the associate audit positions in the Short Hills, New Jersey location.  The settlement not only includes back wages and interest, but also allows class participants to be considered first for employment in open associate audit positions until six are hired or the list of interested class members is exhausted.

I have heard discussion that this is not a huge expense to such a large, world-wide company. And that is likely true. However, the bad publicity and continuing exposure due to the case will be far reaching. Not only is there bad press, but claims of this type will likely cause a significant reduction in the applicant pool for open positions at KPMG.  The cost of expanding the search for appropriate staff can be significant. In addition, the OFCCP is requiring the firm to revise their hiring practices, policies and procedures, and monitor the selection process through every step for every open recruitment to ensure selection procedures are not having an adverse impact. This information will need to be reported and provided for audit upon request. The legal defense fees alone, which have accumulated since the inception of this case in 2011, make this a very expensive oversight on the part of KPMG.

This settlement effectively closes the OFCCP investigation and claim. But there are still other means of punishment and restitution that may come for KPMG such as the claim of systemic gender pay disparity and promotion discrimination still pending in the U.S. District Court for the Southern District of New York. Ford did their investigation, so what went wrong? Result: $10M Settlement. 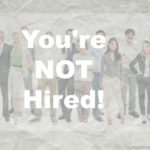 KPMG Settles with the OFCCP to Pay $420K to Asian Applicants.